IVF and the Risk of Multiples By Sonja Kristiansen, MD on October 17, 2013 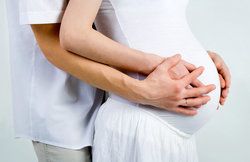 IVF, or in vitro fertilization, can make dreams of parenting a reality for many who have experienced difficulty conceiving naturally. If you have been considering IVF, you may have concerns about the risk of multiple births. Though the likelihood of multiple births can be affected by personal factors, such as the number of embryos transferred, choosing a fertility center with a low rate of multiples is another way to reduce this risk. Dr. Sonja Kristiansen and Houston Fertility Center's rate for multiple births is lower than the national average. For more information, or to discuss your personal risk for multiple births, we welcome you to contact our staff today.

What is In Vitro Fertilization?

In vitro fertilization, or IVF, is a type of fertility treatment used to assist those who have difficulty conceiving. IVF treatment begins with hormone therapy to encourage the woman's body to produce more eggs. The eggs are then harvested and fertilized outside of the woman's body using her partner's sperm or a donor's sperm. Once the eggs are fertilized, one or more embryos will be returned to the woman's uterus with the ultimate goal of implantation and pregnancy.

What Are the Chances of Having Multiples with IVF?

For most women, successful in vitro fertilization will result in a single birth. In some cases, about 25 percent nationally, IVF will result in twins. Currently, the Houston Fertility Center's twin rate is less than 10 percent. The national average for triplets or larger sets of multiples is 5 percent. The Houston Fertility Center averages less then 1 percent of triplet births and no larger sets of multiples being born. Though multiples may occur, the likelihood is reduced when just one or two embryos are transferred.

Why Does IVF Sometimes Lead to Multiple Births?

What Other Factors Influence the Likelihood of Multiples?

Though multiple births may be caused by IVF or other fertility treatments, there are some other factors that can increase the chances of multiple births. These include:

Is In Vitro Fertilization Right for Me?