How Treating Infertility Can Help A Nation By Sonja Kristiansen, MD on August 20, 2012

If you've ever had a nagging feeling that your struggles to have a baby are selfish, now there's news that might make you feel otherwise. The United States' fertility rate has arrived at its lowest point in 25 years.

So you could say that efforts to get pregnant are a way to give back to the community! 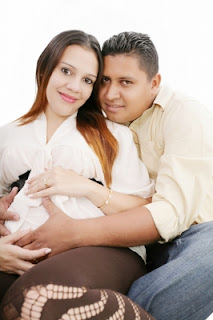 With all of the news about over-population and its impact on the earth, talk about low fertility rates might sound off-track. But this essay on FoxBusiness explains how, for a nation, the short-term benefits of a fertility rate that's lower than the normal 2.1 replacement rate "are outweighed by the more serious long-term consequences."

In brief, having 2.1 children is a way to replace a population and promote a balanced economy. When a population's overall rate is lower than that, eventually there is a proponderance of older people (who naturally have less earning power and tend to be more dependent on government assistance) and not enough younger ones to balance out the burden.

The good news, as the writer points out, is that this marked decline could likely prompt introduction of very family-friendly policies, like those seen in some other countries. Nations like France and Sweden, among others, offer new parents economic and childcare incentives to make family-building not only less of a burden personally, but also supportive of the community.

So if you hear misinformed comments by individuals demonstrating their lack of understanding or compassion for people who go to great lengths to get pregnant, you might rest assured knowing that, in fact, trying to have a baby is good for the economy!